Increase memory to 1GB or higher.

I saw a “System is deadlocked on memory” kernel panic error after upgrading a VM with 512MB memory from Ubuntu 20.04 to 22.04. The system requirements have been changed to 1GB. 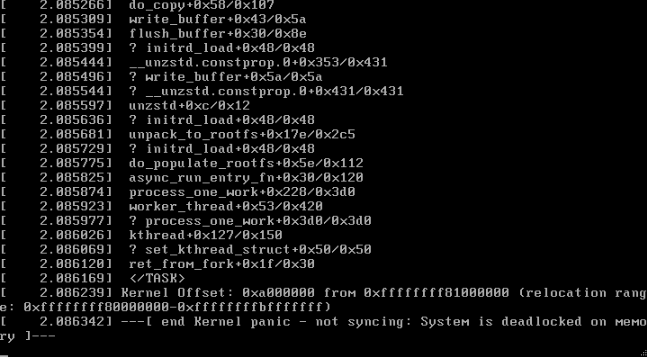 You may also see an “Unable to mount root fs on unknown-block” kernel panic error when booting to the installer on a system with less than 1GB memory.

If you can temporarily increase the system’s memory to 1GB you can try installing Ubuntu Server minimized then lower the memory back to 512MB. This allowed the VM to boot but you might run into issues once there’s more load on the system.